Maybe the World is Better Off Flat

Rachel Ishofsky is the Managing Director of Innovation: Africa, a non-profit organization that brings Israeli innovation to African villages.

I don't get starstruck when I see famous people. Maybe it's because I've lived in NY for so long, or maybe it's because I don't own a TV and am embarrassingly unaware of all things having to do with celebrities.

No, I get starstruck when I meet my personal heroes. People that are changing the world for the better. People whose ideas are so powerful and personas so magnetic that you just wish you could follow them around in the hopes that osmosis just might actually take effect. And though I promise that in real life I'm a relatively articulate human being fully capable of conversation with pretty much anyone that comes my way, every once in a while I come across one of these people and am rendered useless. My legs melt, my tongue weighs about a thousand pounds and I can't think of a singe intelligent thing to say.

Why do I confess this incredibly embarrassing fact, you ask? Ever since joining the ROI Community, I've had an increased number of these run-ins. Whether at the ROI Summit upon meeting Lynn herself for the first time, at ROI gatherings, or at the events I've attended with my ROI Micro Grants -like this past year's Limmud New York.

To save face, I won't share the details of who it was that I sat across from at Shabbat dinner, or elaborate on the 10 full minutes it took me to gather up the ability to walk across the table and actually engage in a conversation—but suffice it to say it was someone whose work I've been reading since I was 14 years old, and who I think is one of the greatest Jewish minds of our time.

But when I did walk over, I was lucky enough to have a beautiful conversation with a personal role model. We talked about projects we're working on, inspirations behind our work, what we read and more. I went to his classes, and he has since come to mine.

Organizations, networks and movements like Limmud help flatten a world that might otherwise be too hierarchical to allow for the free and open exchange of ideas. It's an honor and a privilege to attend intimate sessions with thought leaders in the Jewish world, to get to sit with them for a meal, to invite them to attend your own sessions, and shockingly enough, to even have them come.

At Limmud, no one uses titles. And for those less nerdy than I sitting at our table, walking past him in the hallway, sitting next to him in a session, they might not know how he's influenced modern Jewish thought. To them he might have been just another Limmud attendee, someone who, like so many attendees, was kind, thoughtful, curious, receptive and open to genuine conversation.

There's something quite powerful about that, about the fact that at breakfast you might just be sitting next to someone who authored a book you love, or works for an organization you care about, or who is going to be a future leader in the Jewish world. Or perhaps better still, they may just be wonderful, thoughtful people looking to learn and grow and exchange ideas. Because that is the premise of Limmud after all - that each of us has so much to give, to teach and to share.

I feel incredibly grateful to be a part of a community that creates forums like these and that truly understands their value. And each time I meet a new role model at these events, someone who stops me in my tracks, it becomes that much easier to walk over and say hi, to start a conversation and build a relationship with the kind of people I only dreamed I'd one day call my friends. 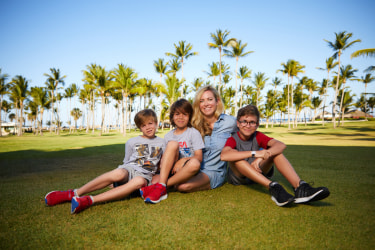