From Cooking to Advocacy on Campus

This story comes to us from Challah for Hunger, a not-for-profit organization with over 80 active chapters around the globe, mostly based on university campuses, that bakes and sells challah bread and uses the proceeds to support social justice causes.

Arielle Pearlman is a senior at Colgate University, graduating in May with a double major in Psychology and Spanish. She is a board member of Challah for Hunger at Colgate and a member of the Campus Hunger Project Planning Team.

My involvement in Jewish life on campus and Challah for Hunger began early on in my college career. During my first semester at Colgate, the president of our Jewish Union also happened to be the leader of our chapter of Challah for Hunger (CfH). She encouraged me to become involved with CfH and I have been a member ever since! I was originally drawn to CfH because it allowed me to connect with a new group of people and engage in something about which I am really passionate, cooking. More than that, I am really grateful for how my involvement with CfH has evolved over the years from an enjoyable social outlet with a Jewish twist to an opportunity to focus on advocacy and education.

During my first two years with CfH at Colgate, my involvement was not about education and advocacy for hunger and food insecurity issues. The transition from home to college life is fraught with challenges, so for me, CfH began as an opportunity to connect with upperclassmen, engage with my Judaism and spend some time in the kitchen. CfH was exactly what I needed; a comfortable outlet that allowed me to create lasting bonds with friends and also have a philanthropic impact in my new community in Hamilton, New York.

Once I attended CfH’s annual Leadership Summit last summer, my connection to CfH changed. At the Summit, I had the opportunity to meet other student leaders from across the country, as well as board members and alumni. It was at the Summit that I learned about the Campus Hunger Project, CfH’s new joint advocacy campaign and research project with MAZON: A Jewish Response to Hunger. To get more involved with this project, I joined the Student Planning Team.

Until the past few years, the problem of college students experiencing hunger and food insecurity received little attention and was under-researched. Coming from a private liberal arts college, this type of hyper-local hunger was never really on my radar. I found it striking that I had gone so long without learning about an issue that according to a recent report affects as many as two-thirds of all community college students (Goldrick-Rab, Richardson & Hernandez, 2017) and nearly one-fifth of students at four-year schools (Cady, Dubick & Matthews, 2016).

Through the Campus Hunger Project, student leaders at CfH chapters are working to understand and address hunger and food insecurity on their own campuses. This project is an important way for CfH and MAZON to learn about existing approaches for supporting food insecure students and hopefully, identifying best practices and strategies for improvement. In my role as a member of the Student Planning Team, I take the lead on educating my chapter’s board and volunteers about this issue and recruit other students from other chapters to get involved in our campaign. Since the campaign launched last summer, my team and I have gotten nearly 40 chapters to pledge their support for the Campus Hunger Project.

Chapters that “pledge” then work to organize information sessions for their volunteers and to conduct 30-minute interviews with administrators from Financial Aid and Student Affairs to learn what resources and services are available (if any) to support food insecure students. As a busy college student, presenting in front of your peers and interviewing a campus administrator about an issue as serious as food insecurity can feel daunting. In my experience, taking the time to have a one-on-one phone conversation with another chapter leader to learn about who they are and what CfH means to them really helped to convince other chapters to get involved in our advocacy campaign.

Being able to bring such a critical issue to the attention of my CfH at Colgate chapter, as well as mobilize my peers around this issue, has been extremely rewarding. Being a leader on this project has given me the ability to create conversations around an oftentimes stigmatizing yet serious issue. Learning to be an advocate was and is not a seamless process. Other people are not always as eager to support a cause as you are, but taking the time to get to know an individual and where they are coming from is a great place to start. I have learned that it takes patience and passion for your project to be successful.

I am extremely grateful for the opportunity I had with CfH to engage in this campaign and I only wish I had become involved in the advocacy efforts of this organization sooner. Service has always been at the heart of how I engage with my Judaism and the Campus Hunger Project has given me the chance to take part in significant service on a broader scale. Now seeing the scope of impact that is possible through dedication to a shared cause, I am eager to continue being involved in local, national and global service efforts. 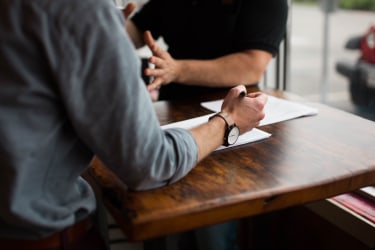