Last month, I attended my first ComNet as a guest of the Schusterman Foundation. ComNet is the annual conference of The Communications Network, an organization that connects leaders working in communications for good to the top professionals and best ideas in the field. Held this year in Austin, ComNet was billed as three days of ideas, insights, inspiration, learning, networking and fun.

Some of the most interesting ideas I heard during the conference weren't shared on panels or presented at plenaries. As with so many conferences, the most memorable moments at ComNet were interstitial ones—impromptu conversations in line at for coffee, in crowded hotel hallways and over meals.

In the spirit of ComNet, I want to share with you my top takeaways:

1. Get out of the way.
One of the most thought-provoking comments I heard at ComNet didn't come from a panelist or presenter, but rather from my colleague Andria Aylyarov, a donor communications associate at the Birthright Israel Foundation. Generation Z, she said—the generation born in the late 1990s and early 2000s—wants to be heard in their own voices.

For communications professionals like us, the challenge, she said, is to "get out of the way." Let the college students we serve, and whose stories we seek to tell, speak directly for themselves. That's advice my team has already begun applying to our content strategy, as today we are writing fewer profiles of Jewish college students and sharing more Humans of New York-style stories featuring those students in their own words.

2. The death of the press release.
Press releases are useless, said Tracey Madigan and Anne Dickerson of 15 Minutes Group at a Pitching 101 panel. Instead of sending a press release with quotes reporters won't want to use (because every other outlet you pitched got them), write an email with three bullet points that help a reporter make the case to their editor why they should cover this story.

Make sure that you address the time element in those bullet points. It's not enough that the reporter loves your story. They have to be able to answer the question: Why now? Why is now the right time to tell this story?

3. Think like a reporter.
My next takeaway comes courtesy of Michael E. May of NPR's Story Lab. He urged the communications professionals who crowded into his masterclass on storytelling to think like a reporter before pitching a story to one. That means three threshold questions: 1) What's the angle? 2) What are the main characters and 3) What is surprising? For May, the third element was the most important. "Reporters and editors are drawn to stories that teach them something they don't already know." Surprise them.

4. It's not all about you.
In the Q&A period following May's masterclass, I heard another key takeaway from communications a professional with a Washington, D.C.-based advocacy organization. She recounted how her group had brought a reporter to a conference and made numerous sources available in the hopes of gaining a favorable mention for their organization in the story.

That's true, agreed NPR's May, "And you can still use that story!"

5. Make your website accessible.
My final takeaway comes courtesy of my friend and colleague Lauren Applebaum, Vice President of Communications at RespectAbility, who spoke on a panel about transparency in foundations. How accessible your web site is is a form of transparency, she said, and improving accessibility makes you a better communicator. The use of alt text, for example, "helps you reach a wider audience, allowing more people to come to your website."

The takeaway: Doing the right thing is good business.

The Staff Newsletter: 3 Ways to Inform and Connect Your Team 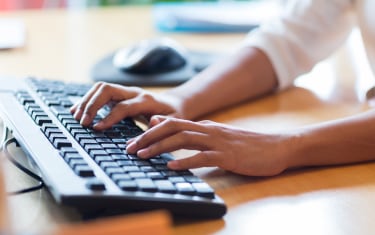 School and District Communications During COVID-19