Torah Portion Summary: This week's Torah Portion is Shoftim from the book of Devarim (Deuteronomy). In the Parsha, Moses lays out the framework of the judicial system by instructing the people of Israel to appoint judges and law enforcement officers in every city. He commands the Jewish people, “Tzedek, tzedek tirdof” or “Justice, justice you shall pursue”, administered without corruption or favoritism. Crimes must be carefully investigated, and a minimum of two credible witnesses are required for conviction and punishment. “Justice, justice you shall pursue” reflects a salient teaching on which Jewish social justice work is rooted.

Shoftim also includes prohibitions against idolatry and sorcery, laws governing the appointment and behavior of a king (arguably, the oldest known reference to a social contract re: Locke, Hobbes and Rousseau) and established many of the rules of war. Two interesting rules of war: the attacking party must offer terms of peace before laying siege to a city and the prohibition against destroying something of value, exemplified by the forbidding of cutting down a fruit tree in times of war (early environmental law).

Finally, Shoftim concludes with the law of the eglah arufah, the special procedure taken when a person is killed by an unknown murderer and his body is found abandoned in a field. The elders of the closest city to the body then have to go to the body and make a special sacrifice where they ask for forgiveness that innocent blood has been shed.

Torah Commentary: Most commentary on this portion focuses on the famous line “Justice, justice you shall pursue”, or the parts of the portion that discuss environmental protections (which are arguably the earliest environmental protection laws in the world). We decided to go off the beaten path and delve into the little known law of eglah arufah, which is described above. When the elders come to the body they say, “Our hands did not shed this blood, nor did our eyes see [this crime]" (Devarim 21:7). This may seem like a strange thing for them to say because why would anyone think that the elders had anything to do with this murder, but the Talmud says “Rather, [they declare:] We did not see him and let him depart without food or escort” (Talmud, Sotah 45a). The Elders are exclaiming that they have failed to take responsibility even though this person's welfare was not their direct obligation. The Lubavitcher Rebbe expands on this by saying “The principle behind the law of eglah arufah is that a person is also responsible for what occurs outside of [their] domain, outside of the areas where they are fully in control...If it is something that, by divine providence, one has been made aware of, that means that there is something one can, and must, do to positively influence the end result.”

The law underscores the responsibility of the community and its leaders not only for what they do, but also for what they might have prevented from being done. According to the Torah, a host was responsible to send a traveler off with adequate provision and protection. Therefore, this teaching illustrates that we are still responsible for what occurs outside of our domain or jurisdiction.

Let's get down to Tachlis (nuts and bolts): The obscure law of eglah arufah (a law which dictates how elders of a town have to treat a murdered stranger found outside their city) teaches us that we are responsible not just for our own lives, but also those around us.

What this means for leaders: Vu Le writes in The Stanford Social Innovation Review that the key for successful leadership in the 21st century may be the ones who “give up”. Le explains that in the pursuit of true equity and diversity, we need leaders in this day and age that are willing to give up things that make their existence comfortable, even meaningful. “Giving Up” on opportunities that excite us, in order to empower others, reflects the law of eglah arufah. Hiring a more diverse Jewish communal work space may lie outside of our personal jurisdictions, but if it's something we truly believe in, it is our individual job to act in a way that reflects that idea, regardless of negative personal ramifications.

Strong leadership recognizes that when challenges face a community, sometimes it is their job to step aside and empower others to become the change-makers. Le writes that it means, “foundations share decision-making power with nonprofits and communities who have lived through the inequity they are trying to address”. We see this at the foundation with grants made to the Jews of Color Field Building Initiative and with our vast support of the LGBT community.

It may feel challenging to yield space to others on issues we truly believe in, but that often leads to positive outcomes, such as developing a deeper, more genuine relationship with those we aim to serve. Ultimately, this leads to a stronger community for all.

In the Harvard Business Review, Rebecca Knight writes about reading a room before presenting in a meeting. She argues that in order to give the best presentation, and to be the best possible manager, that one needs to understand the implicit emotions and conversations happening in the team and organization. Reading these underlying thoughts can give a manger insights into how people are feeling, even if those people are not under the direct supervision of that manager. Just like with the law of eglah arufah, Knight is saying that leaders need to accept responsibility and consider others, even if it is just thinking about an employee's state of mind in a meeting. 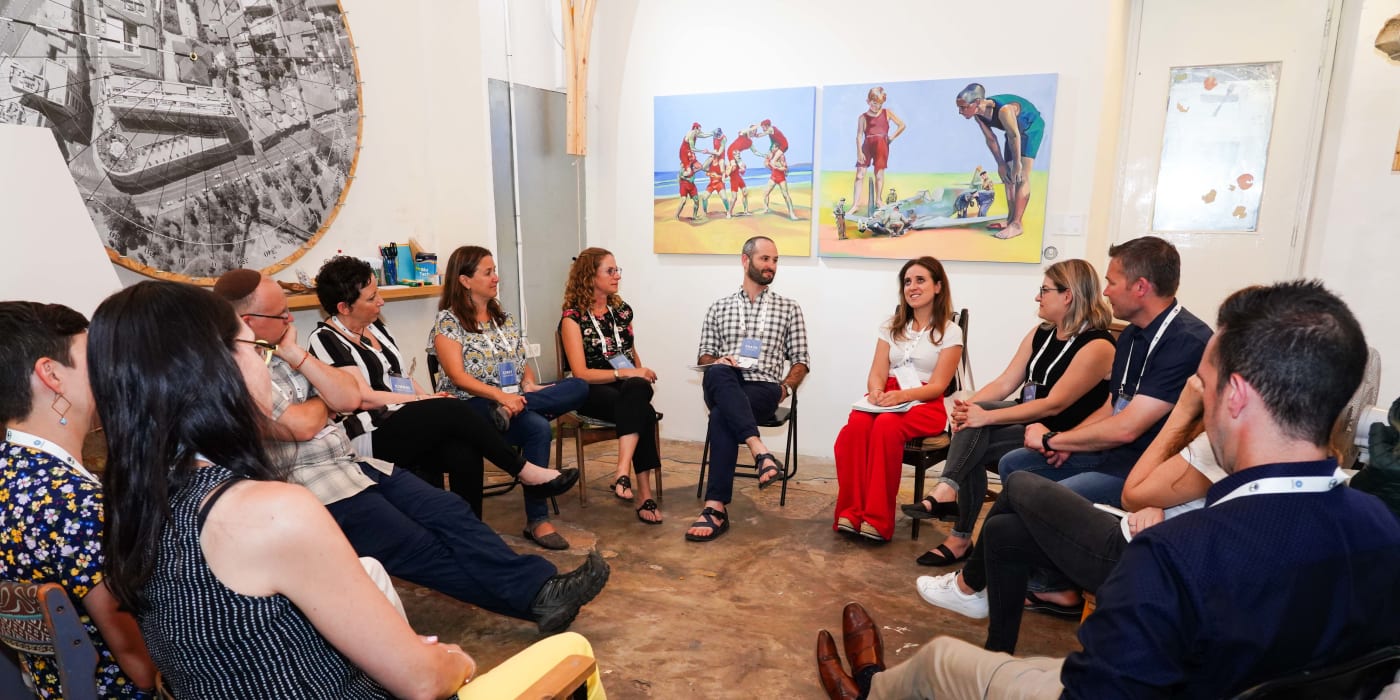