Torah Portion Summary: Parashat Vayera is a packed Torah portion. From the destruction of Sodom and Gomorrah (two ancient cities) to the birth of a patriarch (Isaac), the exile of Hagar and Ismael and finally the binding of Isaac, Vayera offers us many lessons. We'll be focusing on the destruction of Sodom and Gomorrah and the casting out of Hagar and Ishmael.

The Torah portion begins shortly after Abraham's self-circumcision when three men appear outside of Abraham's tent. Abraham welcomes them inside for a meal and sends them along their way to Sodom. This is when Abraham learns of G-d's plan to destroy Sodom and Gomorrah. Abraham challenges G-d that killing the righteous of the cities alongside the wicked would lack justice, and instead, would reflect the evil of the wicked individuals. G-d sends two angels to Sodom to test the city and after an angry mob attacks the house where the angels are residing, G-d destroys Sodom and Gomorrah.

Some time after the destruction of Sodom and Gomorrah, Sarah becomes pregnant and has a son, Isaac. Isaac is Sarah's first child and this causes problems between Sarah and Hagar, Abraham's handmaid, who also had already borne Abraham a son (Ishmael). Abraham and Sarah cast out Hagar and Ishmael, and they get lost in the desert with little food and water. When the situation becomes dire, Hagar cries out and G-d responses to her and Ishmael's pleas by guiding them to a well of water and promising that Ishmael will become a great nation.

Torah Commentary: Parashat Vayera focuses on a phenomenal moment in Jewish tradition: Abraham's attempt to save the people of Sodom and Gomorrah. While G-d plans to indiscriminately wipe out the cities, Abraham cries out to G-d that no matter how few righteous dwell in these cities, they are worth saving. Yet, at the same time, Abraham recognizes his seemingly feeble humanity, “I have begun to speak with my Lord and I am only dust and ashes”. Abraham's defiance to G-d's unjust intentions challenges the traditional power dynamic we witness in the Torah.

Many Rabbis interpret Abraham's actions as prayer, and his insistence on morality as kavanah (mindfulness or intention). They teach that kavanah during prayer is essential and declare that Abraham is the highest exemplar. Rather than viewing Abraham's actions as defiance or arrogance, the Rabbis understand his intention of ensuring G-d's morality. We may look at Abraham's actions as seeking to “challenge the heavens”, or as modern politics articulates, “speak truth to power”.

Let's get down to Tachlis (nuts and bolts): Parashat Vayera features stories about the destruction of Sodom and Gomorrah, the birth and later binding of Isaac and the exile of Hagar and Ishamel. In particular, Abraham's response to the threat of destruction of Sodom of Gomorrah teaches leaders to speak truth to power.

What this means for leaders: Most of the time in the Torah, we see G-d mentoring Abraham, yet here, we see Abraham as a mentor to G-d. In this role reversal, the younger, more inexperienced Abraham attempts to remind G-d to embody justice and compassion. In 2014, PricewaterhouseCoopers (PwC) launched a reverse mentoring program as part of its effort to increase diversity and inclusion in the workplace. The program assembled 122 millennials to mentor 200 partners and directors on a monthly basis. Kalee Talvitie-Brown, now Partner at PwC Consulting, explained that the idea behind the project was to empower the younger generation, specifically providing space for millennials to articulate their perspectives and have their viewpoints validated. Alongside the actual mentorship program, PwC runs an annual workshop for the mentors (millennial generation) to examine the dynamics between different generations and how to overcome “hierarchical boundaries”.

PwC has emphasized creating a safe environment to share experiences and pose challenging questions. There is also a strong focus on having the younger, more junior mentor lead the relationship, rather than the senior-level executive. One millennial mentor at PwC highlighted that she appreciated having the opportunity to share her experience, “as a woman within the firm to challenge the partners' views and ways of working, in a safe environment”. She further expressed that the reverse mentoring program provides the space to help shape PwC's partners “to appreciate and recognize differences”. According to Nick Deligiannis, managing director of Hays in Australia and New Zealand, the reverse mentoring program overall has helped foster the idea of lifelong learning, the importance of diversity and an inclusive culture and an effective way for skills development.

When leaders experience success they can often be drawn to displaying the worst parts of themselves (as seen by Abraham and Sarah expelling Hagar and Ishmael into the desert after the great success of finally having a child) writes Darko Lovric and Tomas Chamorro-Premuzic in the Harvard Business Review. While many people see the darker side of successful people's personalities as the thing that pushes them ahead, these authors argue that the worst parts of us become more apparent as we achieve great success and that this will actually hinder further success. They state in the article that overconfidence, narcissism, isolation and reduced self-control are the four biggest factors that could cause an entrepreneur to suffer from a downturn after their big success. In response to this, leaders can try to hone their ability to be humble, create more checks and balances on their power and to welcome coaching and be vulnerable. 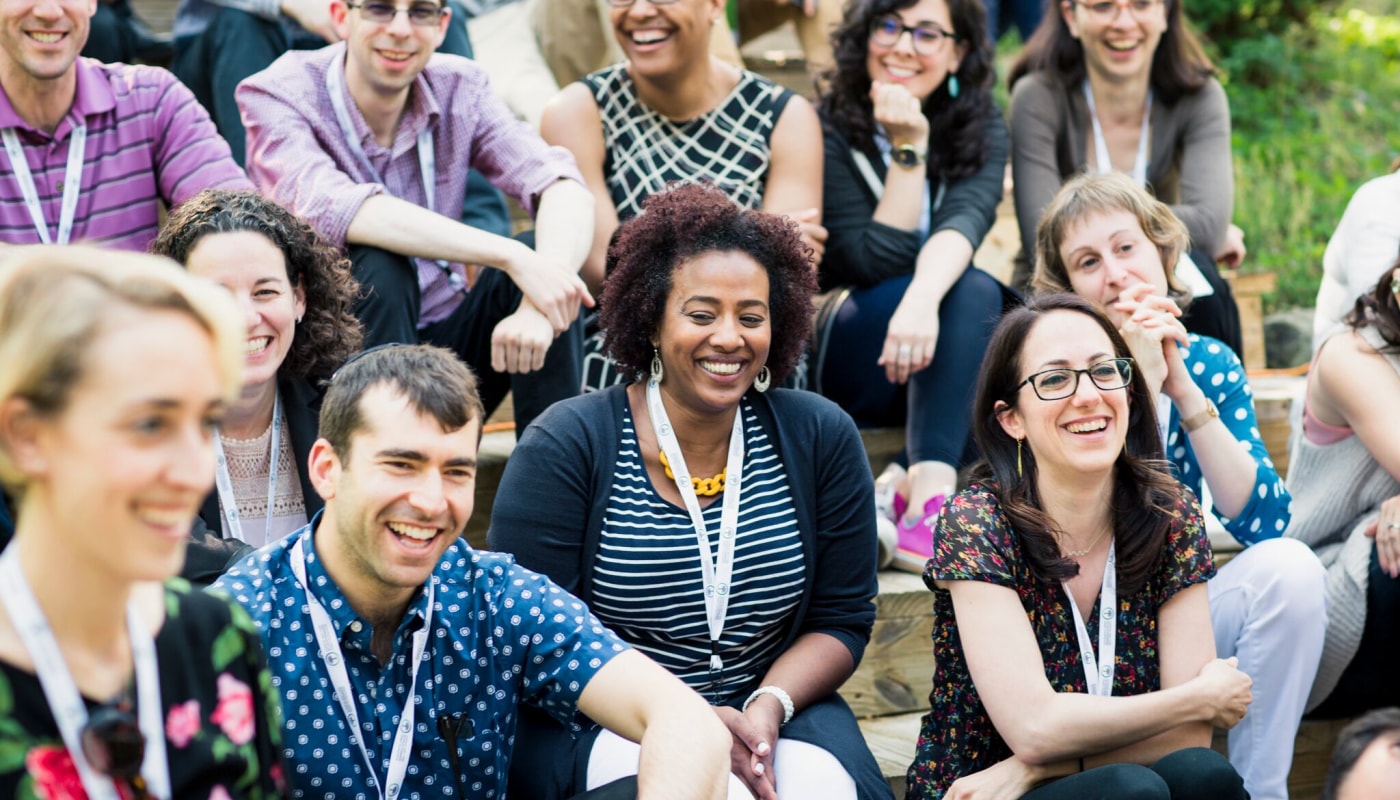 Moving Forward Together as a Multiracial Jewish Community