As a leader in the Jewish food world, it’s been particularly exciting for me to delve into my culinary roots through recent trips to Poland and Lithuania. Recently, however, eastern Europe came to me, thanks to the recent collaboration with The Polish Cultural Institute of New York.

On November 11, 2018, Poland celebrated one hundred years as the Second Polish Republic. Partitions in the late 18th century had taken Poland off the map for 123 years, but at the end of WWI, Poland regained its independence. In honor of this momentous date, the Polish Cultural Institute invited Polish celebrity Chef Malika from Gdansk to join me and my company, The Gefilteria, in Brooklyn, for a pop-up dinner series we called, “Roots & Radishes.” The series consisted of a Shabbat dinner and a Sunday feast, modeled after the traditional Polish Sunday family meal. The Shabbat meal was supported through a Grassroots Events grant. 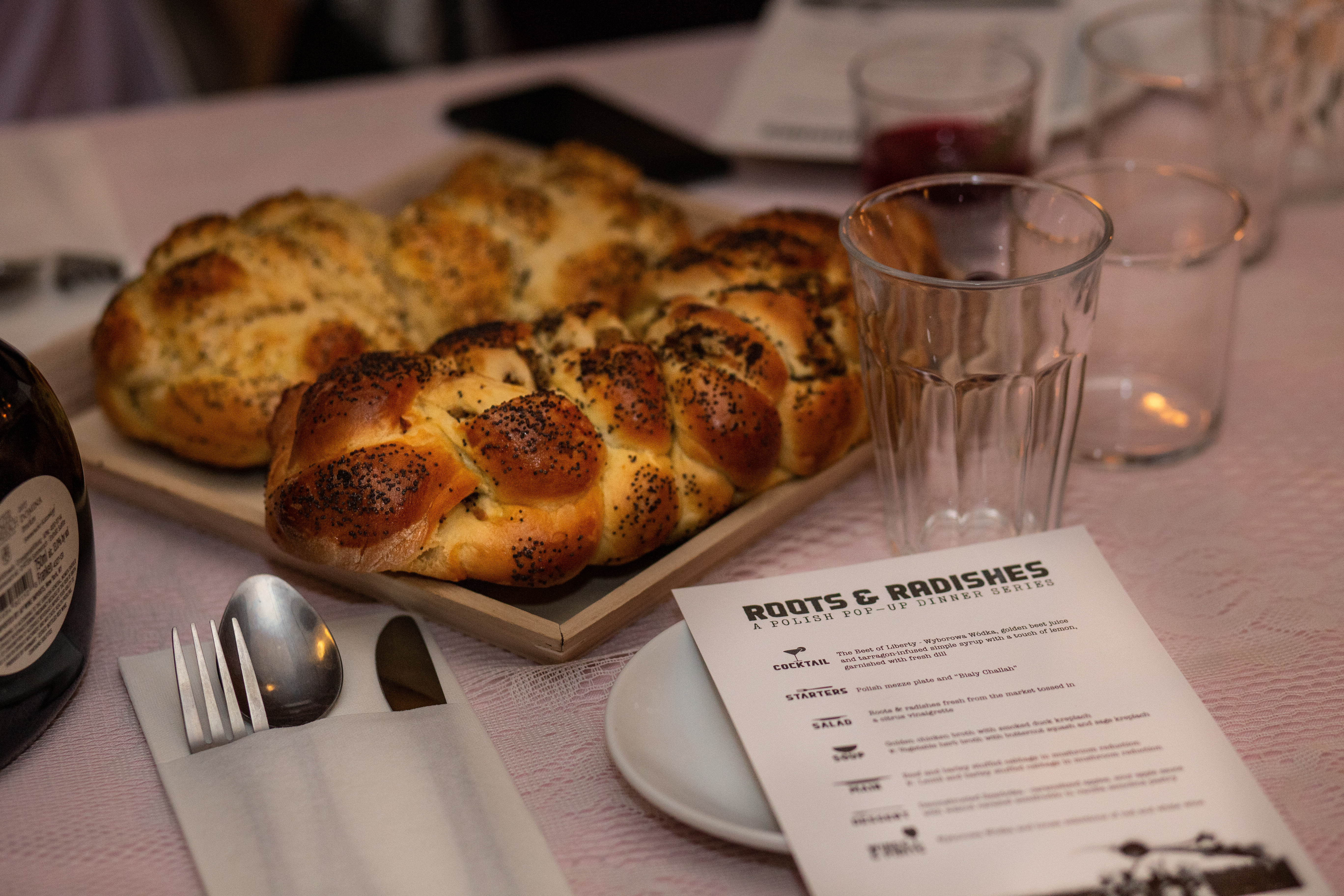 It had been a particularly trying week. The Shabbat before this one, our community was hit hard by an attack on a Pittsburgh synagogue. The results were devastating. I was at a loss for what to do or how to cope. I was grateful to have this dinner to prepare for. Alongside Chef Malika and my Gefilteria partner and fellow ROIer Jeffrey Yoskowitz, we put our hearts, our hopes and our tears into preparing the meal.

With candles lit, forty guests settled around an epic table for Shabbat dinner. As the sun set, ROIers Naomi Less and Liz Nord led us in the Shabbat rituals. Scholar Barbara Kirshenblatt-Gimblett regaled us with stories about Poland that made us laugh and made us think about our shared cultural heritage. As we toasted over shots of Wyborowa vodka, in the true Polish tradition, we were simultaneously celebrating Poland’s regained independence, the diversity and many roots of Polish cooking, our thriving Jewish community here in Brooklyn, and the culinary ties that bind us together. 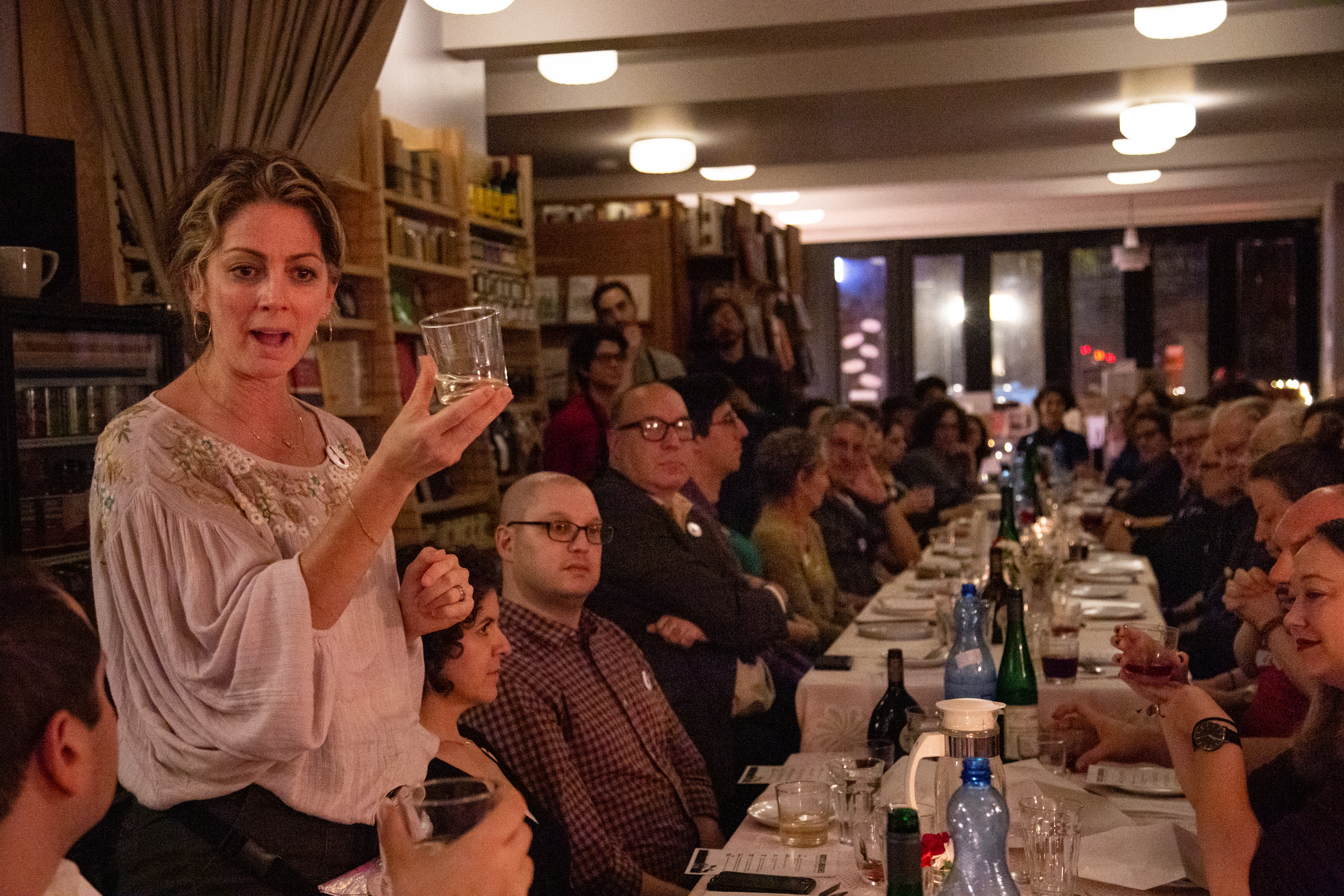 Each course throughout the meal revealed a gem at the heart of Jewish-Polish culinary dialogue. We served bialy challah—a direct inspiration from EU Heritage food cebularz Lubelskie—and smoky duck kreplach—delicate dumplings that were the pride of Jewish shtetl cooks. After the herring, the roots and radishes salad, and the mushroom stuffed cabbage, Chef Malika shared her take on the Polish national dessert, szarlotka. She took what is typically a simple apple cake and deconstructed its components, presenting a baked apple with apple mousse, crumbled shortbread and a caramel semifreddo.

By the end of our Shabbat dinner, we felt so close with our Polish Chef counterpart, who acknowledged to us that she doesn’t see Polish cuisine and Jewish cuisine as any different from one another. They're one and the same, she told us, with some dishes brought into the Polish mainstream thanks to Jewish bakers and cooks and some dishes that were originally Polish and were then adopted by the Jewish community and made kosher style. There’s no clear line. 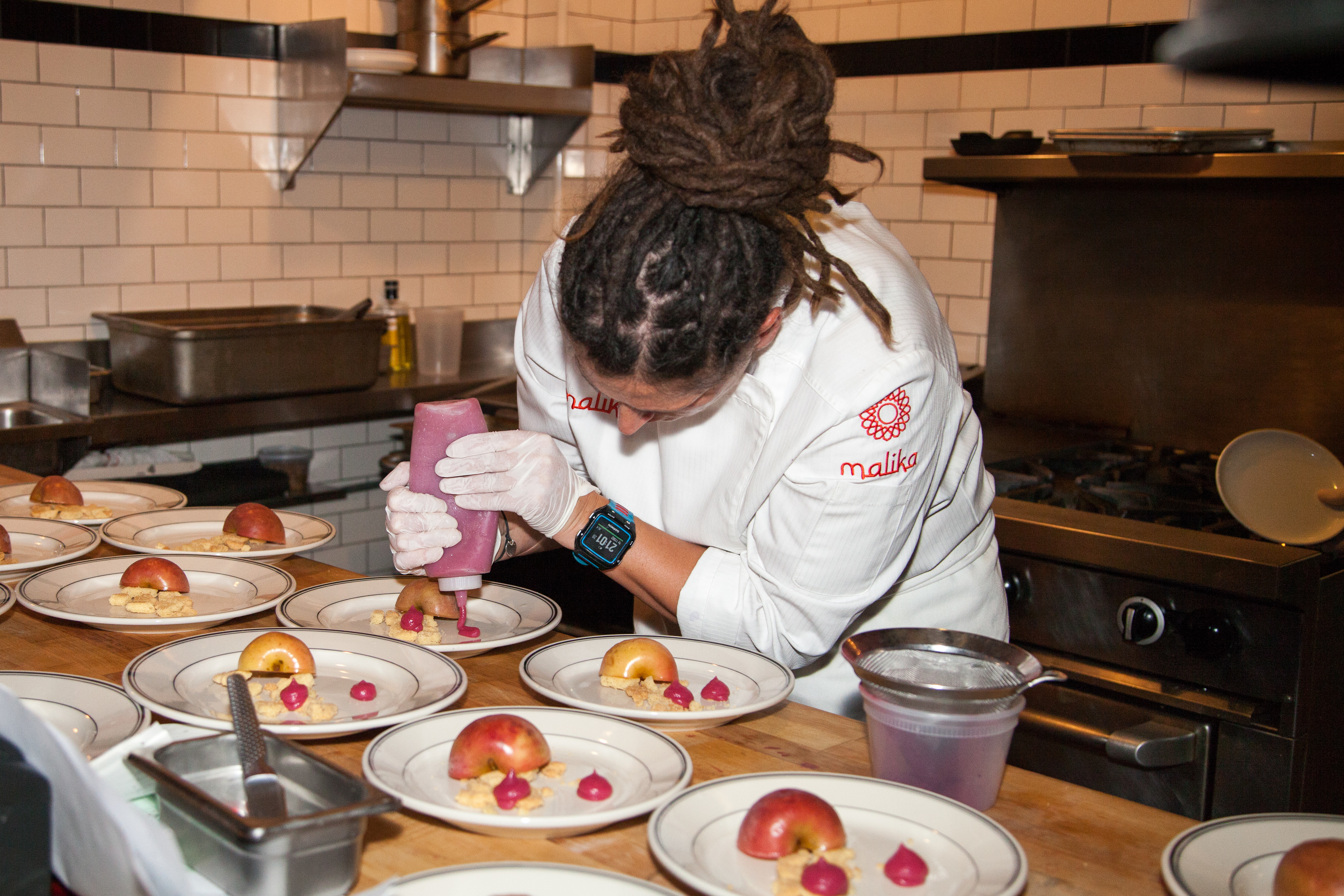 And for our guests, many of them were introduced to certain Polish flavors for the first time, others were connected for the first time to the Jewish stories at the heart of many of the dishes we served, but ultimately, we were all able to understand how, now more than ever, there is value in coming together as a community and breaking bread together—or in this case, bialy challah—and celebrating diversity.