Washington, DC – June 1 – The Schusterman Visiting Israeli Artists Program will bring 14 Israeli artists for residencies at top universities across the United States during the 2016-2017 academic year. The program, an initiative of the Israel Institute, a D.C.-based academic institute aimed to enhance the study of modern Israel, brings Israeli filmmakers, choreographers, musicians, writers and visual artists for residencies at top universities and other cultural organizations in North America.

The Charles and Lynn Schusterman Family Foundation founded the program in 2008 to foster interactions between the artists and their communities, exposing a broader audience to contemporary Israeli culture.

“What makes The Schusterman Visiting Israeli Artist Program unique and so effective is that it allows members of the host community and the visiting artists to connect in a variety of settings, from formal to informal, over a significant period of time, rather than the more traditional one-off experience,” says Marge Goldwater, the program’s director.

“As we look back on the last eight years, we see that the success of the residencies has prompted host institutions to find ways to bring Israeli cultural leaders to their communities after the Schusterman artist has left.”

Since the program launched, there have been 68 residencies featuring 78 artists at colleges and universities across North America. To artists have included a recipient of The Israel Prize, Israel's most prestigious award; an Emmy nominee; recipients of Israel's highest literary awards, and many winners of multiple Israeli Oscars.

“Cultural education provides insights into the fabric of a society in the way that other courses cannot and the understanding of students enrolled in these classes is deeper and more enriched as a result."

The artists in this year’s program are:

Ella Ben-Aharon, Kennesaw State University.  A choreographer, Ben-Aharon has a particular interest in multidisciplinary collaboration with such fields as architecture and video. Her work has been presented in Israel, Europe, Brazil and the United States (Joyce SoHo; Danspace Project, New York; REDCAT, Los Angeles, et al). Ben-Aharon is on the faculty of the Jerusalem Academy of Dance and Music and has been a guest teacher at American universities as well. (Aug. 10 - Dec. 10, 2016)

Kiki Keren-Huss, University of Virginia. Keren-Huss is a composer and sound artist who often works with visual artists and choreographers. She frequently incorporates everyday sounds, texts and voices in her compositions and has a special interest in chamber music. Her four chamber operas have been performed in Israel and abroad. In addition to teaching composition, Keren-Huss also works with non-musicians using simple compositional procedures to experience creating music. (Aug. 18 - Dec. 18, 2016)

Ya’ara Moses, Connecticut College. Moses is a former dancer with the renowned Batsheva Dance Company and the Batsheva Ensemble and subsequently, a co-founder of the Maria Kong Dance Company, which continues to tour internationally. She is a leading teacher of Gaga, the movement language developed by Ohad Naharin, Batsheva’s artistic director, and is also the co-founder and artistic director of Hasadna’a, a dance workshop in Tel Aviv for professional dancers from all over the world. (Aug. 25 - Dec. 23, 2016)

Ella Rothschild, Howard University. A former dancer with the famed Batsheva Dance Company and Inbal Pinto, and a long-standing Gaga teacher, Rothschild is one of the most active dance artists in the Tel Aviv scene. She has worked with Israel’s most prominent companies as a creator, dancer and teacher. Rothschild has choreographed independently and in collaboration with musicians, video artists and sculptors, most recently in Japan. She will present her latest success, 12 Postdated Checks, using Howard students, at venues in the Northeast. (Aug. 20 - Dec. 8, 2016)

Tom Weinberger, State University New York, Purchase College. A dancer and choreographer, Weinberger began his career in the Batsheva Ensemble, graduated to the Batsheva Dance Company, also danced with Sharon Eyal’s L-E-V company, and is currently dancing with Emanuel Gat in France. A beloved teacher, Weinberger has taught Gaga and repertoire in eight countries on four continents, and his own choreography has been performed in Israel, the United States, Canada and The Netherlands. (Aug. 25 - Dec. 20, 2016)

Roee Ben Sira, Florida State University. A composer, pianist and ethnomusicologist, Ben Sira is recognized as a global musician. His 2015 album, Ben Sira, was hailed as one of the 10 best albums of the year in Israel’s leading newspaper. He recorded it in Rio de Janeiro with the participation of leading Brazilian artists of choro music and has also collaborated with many of Israel’s most important musicians. He will participate in the Rainbow Concert of World Music while at Florida State, home to one of the nation’s largest music programs in higher education. (Jan. 5. - May 5, 2017)

Shahar Biniamini, UCLA. Biniamini, a choreographer whose work has been performed internationally, was a dancer with the renowned Batsheva Dance Company, touring internationally. He continues to teach and produce the Batsheva repertoire around the world and to teach Gaga, the movement language developed by Ohad Naharin, the artistic director of Batsheva.  Winner of the 2013 Israeli Ministry of Culture Award for the Best Performing Artist, Biniamini also developed an ongoing program for scientists and dancers in collaboration with Weizmann Institute. (Jan. 2 - March 24, 2017)

Iris Erez, Reed College. Erez has been creating and performing her own choreography in Israel and abroad, most recently at the Venice Biennale in 2014. For seven years she was a dancer in Yasmeen Godder’s chamber ensemble, performing at the Lincoln Center Festival, New York; The Kitchen, New York; Tokyo International Arts Festival; Danses Hus, Stockholm; and elsewhere. She is widely considered one of Israel’s finest dance teachers. (Jan. 16 - May 8, 2017)

Nitzan Gilady, Emory University. Filmmaker Gilady’s first feature, Wedding Doll, won two of the nine Israeli Film Academy awards for which it was nominated in 2015. The film has screened in festivals around the world and is now released jointly by two prestigious distributors, Strand Releasing and Outsider Pictures. His documentaries on subjects as varied as the Gay Pride Parade in Jerusalem and a group of Palestinian, Israeli and Jordanian actors have earned him 13 international awards and have been screened at more than 120 international film festivals. (Jan. 4 - May 5, 2017)

Eran Hadas, Caltech. Hadas has achieved international recognition for his work, which lives on the border between art and technology, combining poetry traditions with the most recent developments in computer code and internet technology. An experimental poet and software programmer,  Hadas hosted a weekly live radio show, New Media Salon, in Israel, and his work has been exhibited in the Ars Electronica Festival, Austria; Text Festival, Manchester, England; Paraflows Festival, Vienna; the Orpheus Institute, Belgium; and at the Israel and Tel Aviv Museums. (Jan. 4 - June 20, 2017)

Dana Ivgy, San Diego State University. Ivgy starred most recently in “Zero Motivation,” which won Best Narrative Feature and the Nora Ephron Prize at the 2014 Tribeca Film Festival, and for which she received a Best Actress Award (her second) from the Israel Film Academy. Variety cites her acting as “so natural, it’s hard to believe it’s even a performance.” For 10 years, she has also been performing internationally with the Israeli stage comedy troupe Tziporela, for which she serves as artistic director. (Jan. 15 - May 5, 2017)

Daniel Landau, UCLA. Initially trained at the Royal Conservatory, The Netherlands, in music composition and new media, Landau is a multidisciplinary artist engaging in performance, video and installation work. Through processing and abstracting social mechanisms into the building blocks of movement and voice, he explores notions of body, time and identity. Landau’s work has been presented in major museums, festivals and other venues in Tel Aviv, New York, Berlin, Mexico City and elsewhere. (Jan. 2 -March 24, 2017)

Lilach Nethanel, Ludwig-Maximilians-Universität München. Nethanel, who earned a PhD in Modern Hebrew literature, made literary history when, in the course of her dissertation research, she discovered an unpublished novel by David Vogel, an important figure in the development of Hebrew secular literature. Also a novelist, Nethanel received the Ramat Gan Prize for Debut Literature for The Hebrew Condition. Her second novel, The Old Homeland, was awarded the prestigious Bernstein Prize and was nominated for the preeminent Israeli Sapir Prize for the best novel of 2016. ( April 8 - July 20, 2017)

Ilan Volkov, Columbia University. An orchestral conductor and two-time Gramophone winner, Volkov will lead the New York Philharmonic this June. A frequent guest with leading orchestras worldwide, he works regularly with a wide range of ensembles, including the BBC Symphony Orchestra, the Israel Philharmonic and the Orchestre de Paris. In 2012, Volkov initiated Tectonics, an ongoing, annual three-day festival of contemporary music, and he has been one of the guiding forces behind Levontin 7, an adventurous performance venue in Tel Aviv. (Feb. 27 - April 23, 2017)

About the Israel Institute

The Israel Institute works in partnership with leading academic, research and cultural institutions to enhance knowledge and study of modern Israel in the United States and around the world. Founded in 2012 as an independent, nonpartisan organization based in Washington, D.C., the Institute supports scholarship, research and exchanges to build a multi-faceted field of Israel Studies and expand opportunities to explore the diversity and complexity of contemporary Israel. http://www.israelinstitute.org 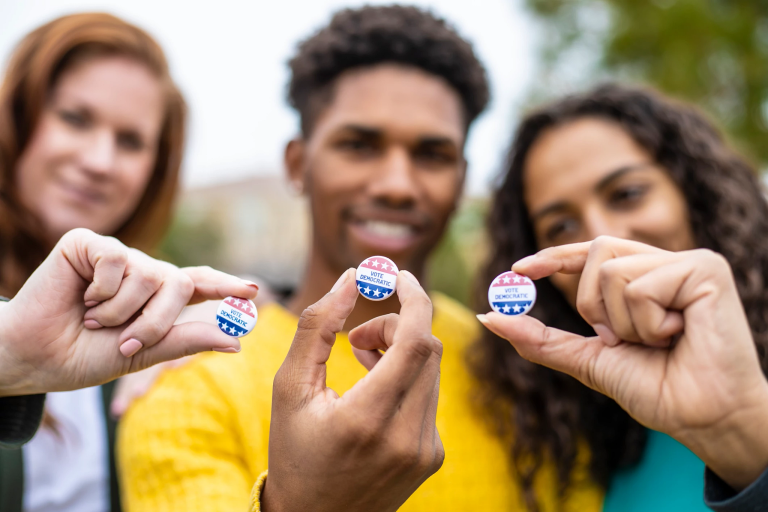