The Importance of Philanthropy

Many years ago, I was asked what I hoped to achieve through the foundation I had started with my late husband, Charles. I responded with a phrase that still describes our work: spreading the joy of Jewish living, giving and learning.

Our foundation has spent a great deal of time on the “living” and “learning” aspects of our vision. We have invested in creating and supporting opportunities to strengthen the identities and leadership capacities of young Jews to ensure they take ownership for perpetuating vibrant Jewish life.

But we have long believed we could do more to foster the “giving” aspect, especially among the young adults at the core of our work. We are not alone in this quest, as reflected in a Jewish philanthropic landscape that is often described as “in flux.”

Indeed, of the many areas of Jewish life that have been reimagined in the past two decades, philanthropy has received the least attention. And yet, philanthropy is the pillar that underpins all the rest: without it, there are no Jewish communal institutions, no renaissance of Jewish life and no communities acting on a sense of collective responsibility.

I signed the Giving Pledge in 2011 to re-commit to finding ways to inspire Jewish giving at all levels, especially among younger donors. As a result, our foundation has been exploring ways through which we can build a sense of identity, community and global connectedness while also generating greater philanthropy for Jewish causes.

New data on Jewish philanthropy confirms our approach. A recent report, “Connected to Give”–supported in part by our foundation and the full results of which will be released as a multi-part series–shows that the strongest predictor of charitable giving among Jews to any cause (Jewish or not) is their level of engagement with and connection to the Jewish community.

Like their non-Jewish peers, many younger Jewish donors are building this connection to community through their giving itself, making contributions via innovative philanthropic vehicles such as giving circles, crowdfunding, text messages and online voting.

These models have elements in common that appeal to younger donors. They make giving a social and even an international experience shared with peer networks; they leverage multiple contributions, of any size, for greater impact; and they offer ownership over and transparency regarding where one’s charitable dollars are going.

They also serve as important vehicles for fostering Jewish learning, identity and a strong connection to a global Jewish people. Indeed, philanthropy has the potential to be as effective as many of the engagement and community-building interventions in which we and other funders have invested so deeply in recent years.

Take giving circles, for example, which I see as a promising model.

Giving circles allow individuals to pool donations of both money and time, and to decide together where the contributions will be directed.

Particularly for people who are new to philanthropy, giving circles offer an opportunity to engage with the needs of specific communities and the solutions that organizations and social entrepreneurs are devising to meet them. Importantly, they also make giving a fun, social experience.

Giving circles have the potential to help address a challenge facing some established Jewish organizations–namely, that younger Jews are less likely to give to large, combined-purpose institutions. These organizations can serve as established homes for giving circles, providing administrative support while exposing new givers to a broad range of Jewish communal activities, including their own.

An upcoming “Connected to Give” report will explore philanthropy and identity within Jewish and other community-based giving circles.

Research to date has shown how effective they can be in helping to build community, strengthen identity and appeal to diverse, “non-traditional” donor audiences, especially young people. All of which is to say, for those looking to instill the spirit of giving to Jewish causes in the next generation, we must look beyond attracting people to traditional philanthropy and existing appeals and fund-raising programs.

Instead, we must recognize and embrace the fact that while once donors gave to connect, they now have to be connected to give. If connection to Jewish community leads to greater giving of all kinds, then we need to focus on strengthening community-building and engagement mechanisms that offer relevant experiences and have giving opportunities embedded within them.

This insight is critically important for our foundation. It enables us to see the Jewish giving pillar of our work not as distinct from, but rather as deeply integrated with, our efforts to foster Jewish living and learning.

Like many of the most powerful Jewish experiences we support, hands-on grant-making can enable participants to struggle with questions of Jewish values and priorities, engage with Jewish texts and traditions, and wrestle with universal versus particular concerns.

The good news is that there is a foundation to build on: the fact that younger donors are giving to Jewish causes–albeit in smaller amounts than they give to non-Jewish causes–indicates an opportunity to build a stronger sense of connectedness and deepen that giving over time.

Going forward, as we seek to fulfill all aspects of our vision, our foundation will be exploring how innovative models like giving circles can work in tandem with our other identity and leadership development efforts to foster a sense of Jewish community among participants and, ultimately, ensure a vibrant future for Jewish philanthropy. 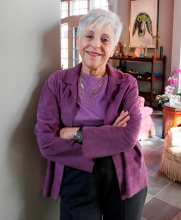 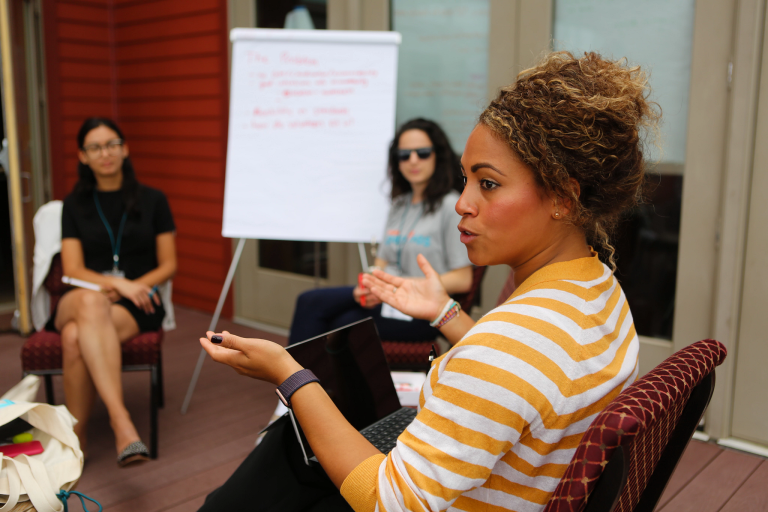