American Jews watched in horror earlier this month as a gunman entered Congregation Beth Israel, a synagogue in Colleyville, Texas, during Shabbat services and held three congregants and the rabbi hostage for eleven hours. Recalling prior security training, the congregants and rabbi managed to deflect the gunman and safely escape.

It wasn’t an isolated incident, but rather part of a startling recent rise of antisemitism throughout the United States. One in four American Jews experienced antisemitism in 2021, according to a recent report from the American Jewish Committee.

Today, three Jewish organizations are responding to this disturbing trend with innovative initiatives meant to encourage Jewish pride and to combat threats to Jewish safety.

Representatives from Jewish Federations of North America (JFNA), Zioness and Hillel International say their efforts to build and sustain a thriving Jewish life are in themselves acts of resistance to ongoing antisemitism. Still, as tensions increase, the three groups are specifically focused on security concerns.

For Jewish Federations of America (JFNA), ensuring the physical safety of Jewish communities is an urgent priority. The hostage situation at Congregation Beth Israel is just one of several recent attacks on Jewish communities. In 2018, 11 Jews were gunned down at Pittsburgh’s Tree of Life synagogue in the deadliest antisemitic act in U.S. history. In 2019, three civilians and a police officer were killed in what police described as a targeted assault on a kosher market in Jersey City, New Jersey. That same year, the Anti-Defamation League recorded the highest number of antisemitic incidents nationwide in its 40 years of keeping track.

In the wake of this violence, Federations are focusing on guaranteeing the physical security of Jewish spaces, including synagogues, community centers and schools. “We need to make sure Jewish communities feel safe entering Jewish institutions and remove barriers that prevent Jewish life from flourishing,” says Shira Hutt, Executive Vice President of JFNA.

JFNA’s LiveSecure campaign, launched last year, is nearing its goal of reaching $54 million to ensure that Jewish communities across the U.S. and Canada have effective, state-of-the-art security systems, led by the 146 Federations across North America. That includes professionally run security programs in every Federation community, as well as security plans for all institutions within these communities and training for emergencies. 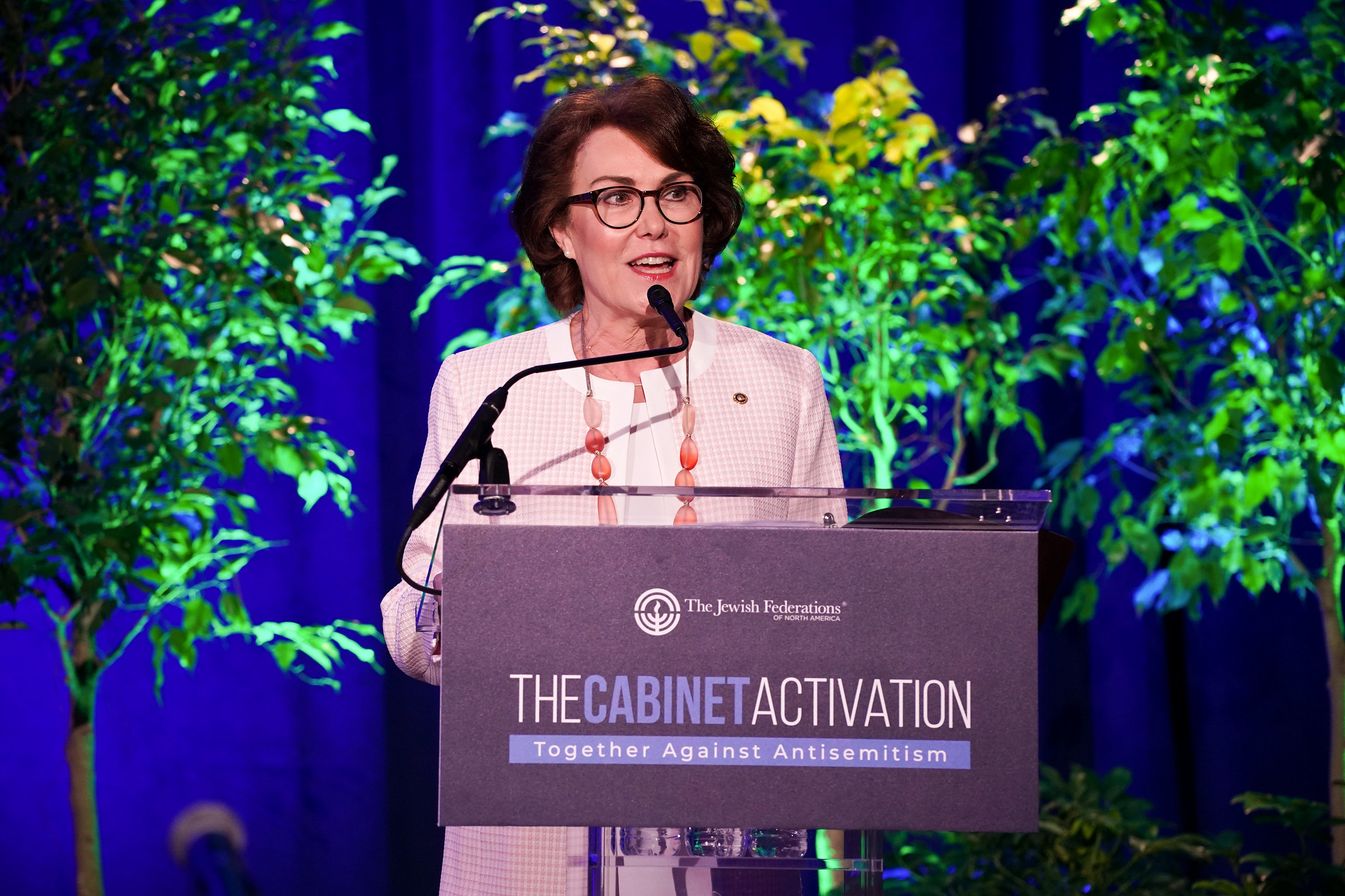 The funding goal, combined with local matching funds, constitutes the largest philanthropic effort of its kind, according to Hutt. And that excludes potential extra contributions from the federal Nonprofit Security Grant Program, under which Congress authorized $180 million in grants in 2021 for security upgrades to U.S. nonprofits and religious institutions. Federations are now advocating for the doubling of the program’s funding to address the growing need.

While some Jews may be discouraged to see heightened security at synagogues, Hutt says the effort is sadly needed so that Jews can keep participating openly in Jewish life.

“Colleyville was a terrible reminder that we have to safeguard all of our Jewish institutions. This is not our sole response to the rise in antisemitism, but right now, it’s at the top of the list,” says Hutt. “For Jewish life to thrive, we must make sure that safety is a given.”

Jewish leaders say they’re also concerned about antisemitism festering in activist spaces, ostracizing Jews who had felt at home working on issues of equity and justice, from LGBTQ rights to police brutality.

In 2018, two founders of the Women’s March on Washington accused two other leaders of making antisemitic remarks, an accusation that caused an irreparable rift in the movement. One year later, organizers of the Washington D.C. Dyke March banned a rainbow pride flag with a Jewish star, resurfacing anger from a previous ban on these flags at the 2017 Chicago Dyke March. Then, last October, a Washington, D.C., chapter of the Sunrise Movement, which works to combat climate change, issued a statement asking organizers of a rally in support of D.C. statehood to exclude three Jewish groups from participation due to their “support of Zionism and the State of Israel.”

In 2017, seeking to help Jews find a community in which they could fight for social justice and openly express their Zionism, Amanda Berman launched Zioness, a nonprofit working to spread awareness that antisemitism and anti-Zionism are threats to the advancement of social justice causes. 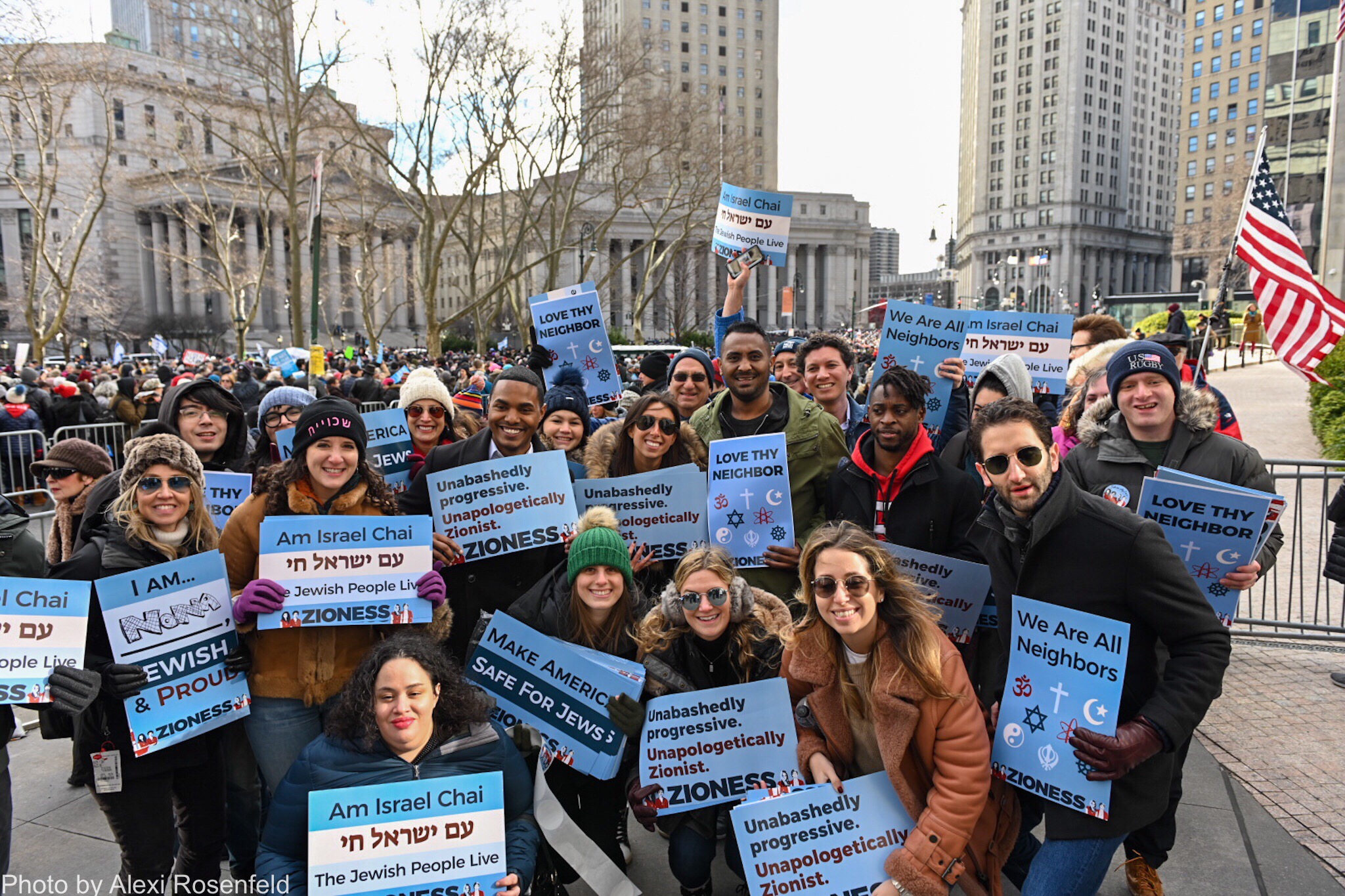 Intersectional activists come together to march with Zioness against antisemitism in NYC in January 2020 (Photo: Alexi Rosenfeld)

"Antisemitism presents a profound danger to democracy,” Berman says. “Progress in the fight for social justice will never be achieved until the progressive movement is ready and willing to aggressively confront and uproot anti-Jewish bigotry wherever and whenever it manifests.”

For many Zioness participants, the movement serves as a welcoming space for Jews who feel ostracized elsewhere, Berman says, adding, “just knowing that a community like this exists gives them courage and confidence.”

For many Jewish college students, the rise in antisemitism has led to them feeling insecure and even unsafe on U.S. campuses.

In 2020, Hillel International counted an all-time high of 178 antisemitic incidents across the 550 North American campuses it serves. While many campuses were closed due to the pandemic, there was a corresponding increase in Jews being targeted on social media, says Matthew Berger, Hillel’s Vice President of External Affairs and Campus Preparedness.

Last summer, the organization launched the Campus Climate Initiative, which now involves 27 colleges. The program trains college administrators to understand antisemitism and respond to incidents of antisemitism. Hillel has also surveyed Jewish students about their experiences of antisemitism on campus. The program is meant to be incorporated into the extensive diversity trainings already being held at universities.

Part of Hillel’s initiative is to double down on reinforcing Jewish pride. "The best way to address and prevent antisemitism on campus is to build strong, engaging Jewish communities that make all students feel welcome and valued. That is what Hillels are doing on college campuses every day,” says Berger.

In October, the organization launched #OwnYourStar, a social media campaign that encourages students to share why they value being Jewish. The responding videos and photos received hundreds of thousands of likes and shares, according to Berger. 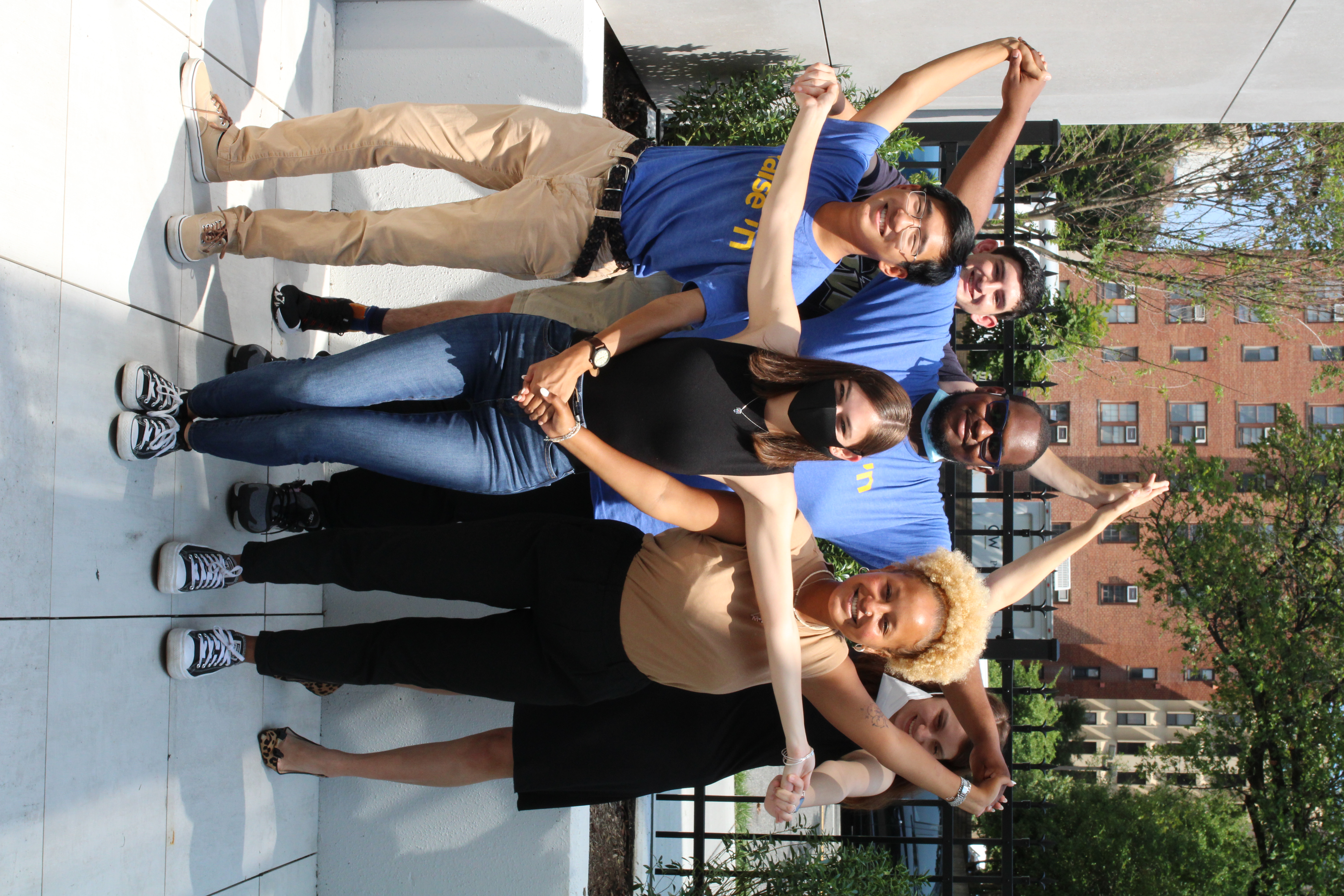 Sophia Corst, at Baruch College, sent a picture of herself holding out her Magen David necklace. Her great-grandfather had recently asked her: “You don’t let anyone see you wearing it, right?” Corst wrote.

“Well, I’m choosing to share it with all of you today,” she added, “ESPECIALLY because he couldn’t.”

“I love the #OwnYourStar campaign,” says Adena Kirstein, Executive Director of the Hillel at George Washington University. “From what I’ve seen, kids don’t want talking points; they don’t want strategy; they want safe spaces to figure out who they are. We can be proud of our community without having to fight every single day.”