Are eSports changing the game of Jewish youth engagement?

In September 2017, our program associate Mary Ann Weiss traveled to the largest eSports event on the East Coast. Mary Ann attended as part of a delegation of Jewish professionals, invited by youth engagement specialist Lenny Silberman. She shares her reflections here.

The question of how to continue to make Judaism meaningful, relevant and accessible for young people has been asked a million times over. Answering it is proving a bit more challenging. The speed of technological and social change seems to increase each day, forcing funders and nonprofit organizations to keep up and constantly reevaluate their own methods for engaging constituents and refining their operations. We must now all ask how should philanthropic strategies treat, adjust to and welcome technological and social trends? Is it worth adapting?

The tension between the tried and true and the current and upcoming is clearly reflected in the changing ways young people play sports. While traditional sports spectatorship has been on the decline, a new medium of sports is emerging in the shape of competitive virtual gaming—officially dubbed as “eSports.” eSports, or electronic sports, are multiplayer video game competitions (e.g. League of Legends, Counter-Strike, FIFA) in professional sport form, including global teams, live tournaments and thousands of spectators and fans. eSports is transforming video gaming from a hobby into a mainstream and growing global sporting phenomenon (eSports is even being considered as a medal event for the 2024 Olympic Games).

Of particular importance for Jewish organizations, this new form of sport is engaging young people. Hundreds of thousands of them. According to a PEW study in 2015, two-thirds (67 percent) of people 18 to 29 say they play video games, with 22 percent saying they would describe themselves as a “gamer.”[1]

Which is why, in an effort to look at innovative spaces where Jewish teens and young adults gather, last fall, I along with other foundation and communal professionals with a Jewish teen engagement focus, attended an eSports tournament at Barclays Center in Brooklyn, New York.

The event felt very similar to a traditional sporting experience. The arena was packed with thousands of energetic players and fans donning jerseys of their favorite teams. There was a concert during “half-time.” But instead of competitors playing each other physically, they were seated in a long row across the stage wearing headsets to communicate with their teammates and play the other team via their screens, which were projected to the audience. High-tech computers were set up throughout the arena so fans could test out new technology and play virtual games throughout the event, and spectators were even playing video games on their own phones while watching the games on stage.

The intention of the gathering was to learn about the sport first-hand and discuss its potential implications for engaging young Jews. We spoke with a college student who is both active in Jewish life and plays video games who made the point that not only are college students playing online, they already live other parts of their lives online as well. Which is to say that if Jewish organizations want to reach this demographic, they need to be online.

When I first learned about eSports, I (of the ‘Millennial’ generation) was admittedly a bit skeptical and hesitant as to the societal impact of video games and their effect on the people who play them. I believe that despite the digital rush, we must continue to provide young people with opportunities to engage in person and in nature. Fun and joy and meaning can still be found in activities as old as time.

But the future, as they say, is now. New forms of technology will take hold no matter what. And this is not a bad thing, nor does it have to be scary. Whether or not eSports or any other emerging trend for teen engagement can be useful is up to an organization and its stakeholders to decide, but it serves as an important case study of what is possible when you embrace the new. 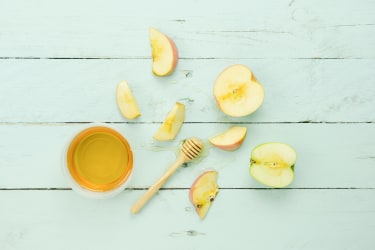