For the past 25 years, Keshet has worked to strengthen Jewish communities in North America by working toward the full equality of LGBTQ Jews and families in Jewish life. At the center of this work is the drive to create spaces in which LGBTQ Jewish young people are affirmed, welcomed and celebrated by advancing LGBTQ rights and promoting the role Judaism can play in helping make the world a more equitable and compassionate place.

One of Keshet’s key tactics for living out its mission is empowering young Jewish LGBTQ leaders. Through education, trainings, youth programs and community mobilization, Keshet and its participants call on the Jewish community to fight for LGBTQ justice and rights and to take action collectively to advance breakthroughs at the grassroots, the local and the national level.

Charles and Lynn Schusterman Family Philanthropies partners with Keshet through its U.S. Jewish grantmaking portfolio as a part of a broader commitment to LGBTQ inclusion and belonging in the Jewish community. To learn more about Keshet’s emphasis on nurturing young LGBTQ Jewish leaders, I spoke with Jaimie Krass, Keshet’s Director of Youth Programs.

Tell me about Keshet’s mission. How has the organization’s work changed since launching 25 years ago?

When we started in 1996, our founder, Idit Klein, and many other LGBTQ Jews were increasingly realizing and experiencing that the Jewish community was losing valuable members. LGBTQ Jews were leaving the community or not engaging in Jewish communal life because tolerance, at the very minimum, seemed out of reach.

One Jewish concept that inspires our work is b’tselem Elohim, the belief that everyone is created in the image of God. B’tselem Elohim guides our understanding toward an ideal world in which every single person is fully affirmed and celebrated for who they are—including LGBTQ Jewish folks.

Keshet originated in response to a very clear sense that the Jewish world was not living up to the values of b’tselem Elohim. In its early days, much of Keshet’s work revolved around proving the relevance and worth of LGBTQ Jewish inclusion and engagement in Jewish life. There was resistance to that. Now, we see a deeper desire to understand LGBTQ identity and for our community to become places of affirmation and celebration.

What are some of Keshet’s standout youth programs?

As the Director of Youth Programs, I inherited oversight of six Shabbatonim, in-person weekend retreats for LGBTQ, Jewish and allied Jewish teens in different regions around the US. While we are not conducting in person Shabbatonim now, our virtual programming has grown; we reach more than 1,200 LGBTQ Jewish youth each year through meaningful opportunities to connect, develop leadership skills and create change in local communities. For example, at a three-day virtual Shabbaton in January, 70 LGBTQ Jewish youth participated fully for 12 hours each day. They were at every single session and then hanging out online until 2:00 a.m. developing friendships.

Other standout programs include our transgender and non-binary processing space, hangout spaces for LGBTQ Jewish teens every other week, and the Art Circle, where participants respond to art prompts and workshop ideas while connecting about their daily lives. We also hold bi-weekly online programs where staff work with youth to hone their facilitation skills and leadership skills.

One of the benefits of our pivot to online programming is our ability to reach youth who likely would not attend in-person programs. These are youth who are not out to their families, who are closeted—and in some cases have even joined our programs from within their actual closets because that is the only way for them to feel reassured that they will not be overheard.

You mention running programs focused on honing leadership skills. Why is it important to develop young LGBTQ Jewish leaders?

I love this question because the answer is what guides me every day. The overarching mission of our youth work is to create a just world, and LGBTQ Jewish youth deserve to help lead its creation.

Empowering these young folks to take on leadership in LGBTQ-affirming spaces leads to lasting change in terms of all the communities in which they are involved. We are contributing toward a meaningful leadership pipeline for LGBTQ Jewish youth, that one day will lead to far more LGBTQ youth representation in leadership at every single level. Through our outcome surveys, we have learned that 100% of youth involved in Keshet’s leadership opportunities report serving as change agents for LGBTQ inclusion in their own communities more than they did before their experience with Keshet.

What impact did the pandemic have on Jewish LGBTQ youth and young people?

Nationwide, LGBTQ youth have experienced increased stress and thoughts of suicide due to the impact of the pandemic. According to the Trevor Project’s National Survey on LGBTQ Mental Health, more than 80% of 30,000 respondents shared that the pandemic made their living situation more stressful; 33% of LGBTQ youth perceived their home as LGBTQ-affirming; and 42% seriously considered attempting suicide, including more than half of transgender and non-binary youth—a small increase from pre-pandemic levels. Notably, LGBTQ youth who had access to spaces that affirmed their identities reported lower rates of attempting suicide.

Young LGBTQ Jews are not immune to these realities. That’s why Keshet wasted no time in pivoting everything online so that we could provide low-barrier connection points for LGBTQ Jewish youth. As we move beyond the pandemic, there is no negotiation around whether or not we will continue online programming; we will and we must. Moving forward I envision a hybrid of online engagement and in-person opportunities to connect.

What gives you hope right now for the well-being of Jewish LGBTQ youth in the United States?

The youth I work with every day give me endless hope in terms of the rights and well-being of humanity. They are my teachers in this work, in this life and in what it means to be an LGBTQ Jewish person. I recognize how cheesy that probably sounds, but when I am sitting in a conversation with a young person and they are grappling with a particular Jewish text that has been weaponized for millennia against LGBTQ folks, and they find a way to meaningfully connect to the text in a way that empowers who they are as an LGBTQ Jew, I find myself witnessing the future of our Jewish communities.

I say this amidst a destructive wave of anti-trans legislation. I am holding the pain and fear I feel for and on behalf of trans and nonbinary youth and LGBTQ youth across the country. But I am also holding the other reality I witness, which is the humanity, the compassion, the empathy, the passion and the advocacy with which youth show up for each other and for their communities every day.

Sara Ivry is a freelance writer, editor and podcaster.

Learn more about how organizations empowering with LGBTQ youth and young adults are making a difference during Pride Month and all year-round. 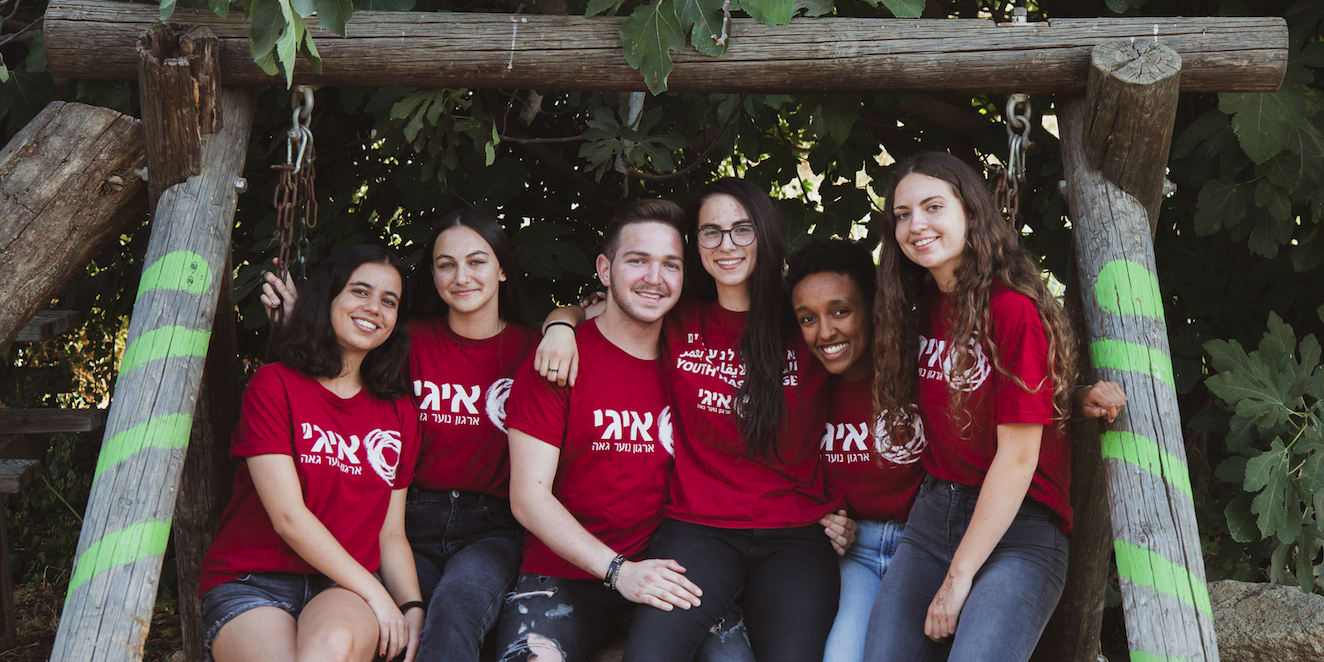 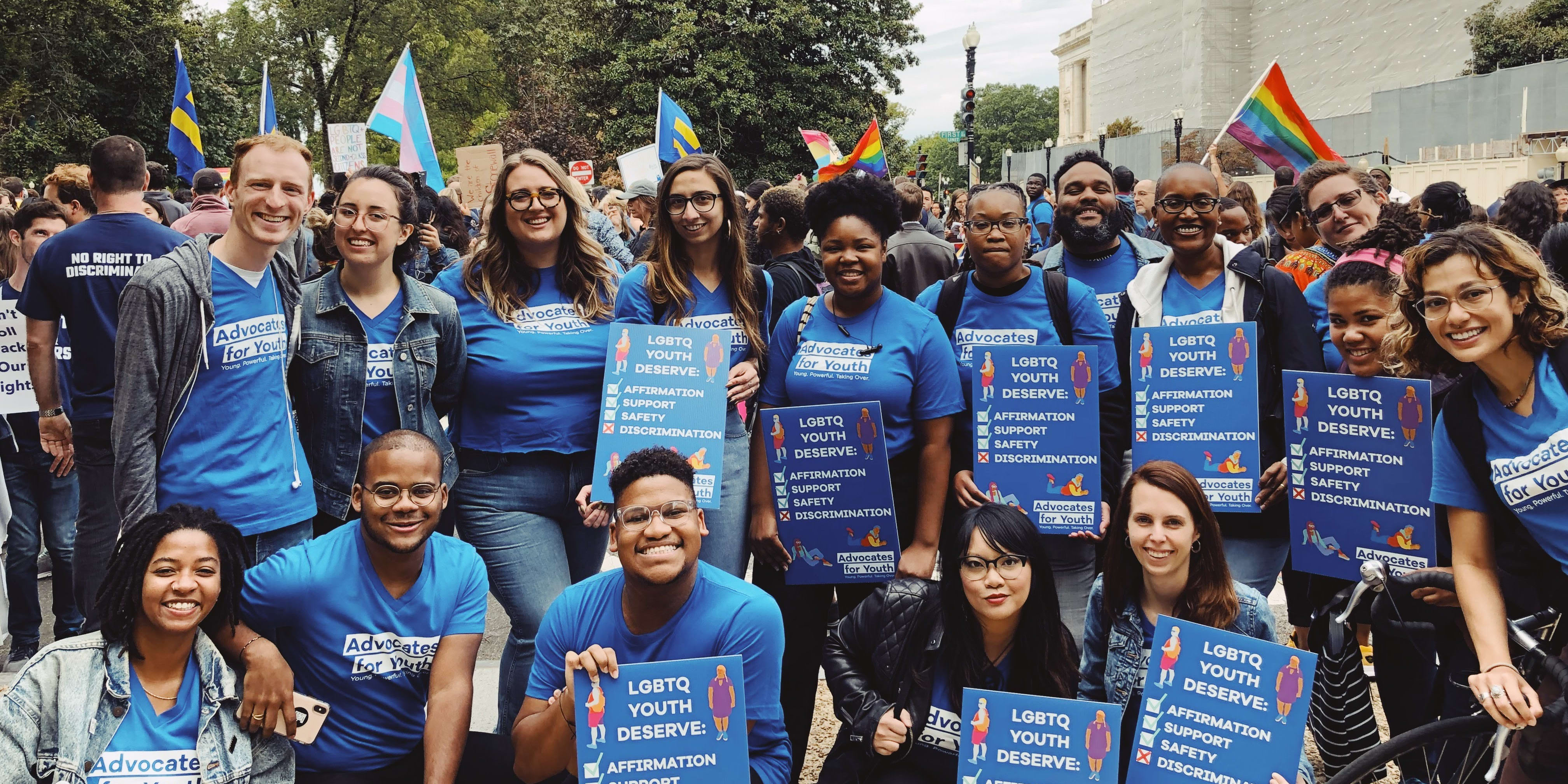 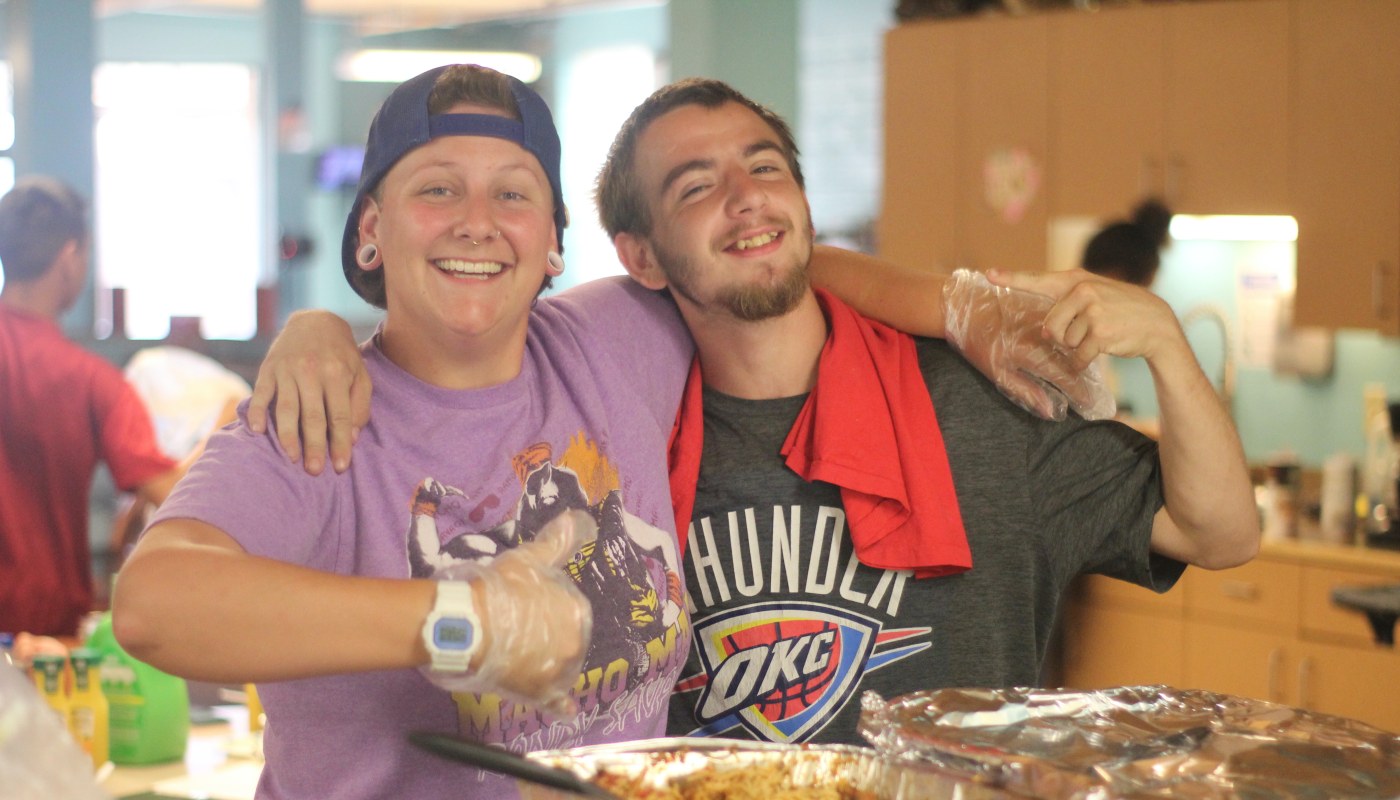